We’ve been working on the design of the new Studio “C” at Lake Zurich High School and student work groups have been instrumental in prioritizing features. They’ve discussed how they use other spaces in the school and how they see themselves using the new space. Students have also had input on the feel and character of Studio “C.” The result is a dynamic, coffeehouse-style lounge that will empower students to collaborate on projects and learn from each other.

Lake Zurich High School students are helping architects and administrators in a plan to convert a drab, underused small auditorium into an inviting space where they could work together.

“It’s called Studio C for collaboration,” said senior Grace Williams, one of the students who’s provided feedback on the proposal. “So, it’ll be a collaboration center focused on the group. This means, basically, it’ll be focused on the group because, even when I was in the library (last week), I was working on some stuff with other students and we were being (shushed) very loudly.”

District 95 school board President Doug Goldberg said the high school’s Studio C plan represents a shift to a 21st-century learning model that needs to happen at all grade levels.

“One of the things that’s really missing, I think, across our district in general is collaborative spaces for the kids,” Goldberg said Thursday after a Studio C presentation from Williams and sophomore Collin Rasbid. “And if we think about how learning is happening in the world around us now, and we expect more of it to happen in our schools, it’s collaboration. It’s kids having a chance to work together. The buildings were designed to not be like that.”

Officials said the little-used auditorium would be converted into a lounge with an upscale coffeehouse feel. The space would have natural materials, a bar-style area with individual seating, movable couches, in-wall television screens, whiteboards and different room textures.

Unlike the high school’s traditional library setting, students would be able to freely speak to each other while they work. Students assisting in the planning said they want the room available before and after school.

Assistant Principal Ryan Rubenstein said about 16 students — sophomores, juniors and seniors — have given opinions over the past few weeks on what they’d want in Studio C.

“The other really important thing to point out with this group, was that when we first talked about this with them, they saw no (architectural) plans whatsoever,” Rubenstein said.

Rasbid said he’s gratified he and the other students have been able to provide feedback. He hopes Studio C becomes a fun, energizing space that increases student productivity.

“The impression I get of the small auditorium now, it’s a closed and confined space,” Rasbid said. “It gives me a sense of claustrophobia. So, something that I felt is very important for Studio C is that it’s opened up, that it’s an open area.

“Another thing that I suggested for the design process is the use of natural lighting, be that in sunroofs, because it is in the center of the building,” Rasbid said.

“As we move forward, as we talk about in our mission about 21st-century learning, really what the expectations of students are when they come out here is collaboration, being ready to work together as teams, which really mimics what’s happening out there in the workplace,” Nightlinger said. 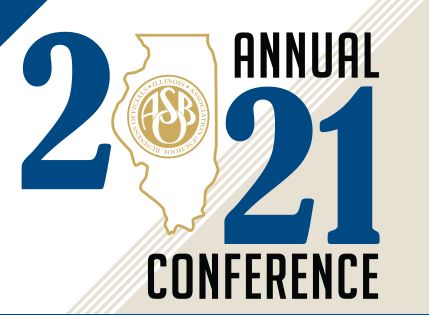 Visit our virtual booth at this year’s Spring Conference...