The Chicago Yacht Club set the scene for founding partner Dwain Lutzow’s retirement party in December. The event was a time for employees, clients, and friends to celebrate Dwain’s career

Dwain’s architectural career, primarily focused on education design, spans nearly 45 years. A graduate of Ridgewood High School in Norridge, Dwain earned his Bachelor of Architecture degree from University of Illinois at Chicago in 1974. He was soon licensed for both Architecture and Interior Design.

In 1983, he partnered with his friend Bruce Dahlquist, who he knew from Little League days, to launch Dahlquist and Lutzow Architects. Dwain’s keen business sense and professionalism led to many of the firm’s successes.

Advancing the profession has been important to Dwain throughout his career. He has been a member of the American Institute of Architects since 1978. He has held all executive positions in the Northeast Illinois Chapter, including president. He has chaired and served on numerous committees within the Northeast Illinois chapter (AIA NEI). In 2005, Lutzow was appointed by the American Institute of Architects Illinois Chapter to represent architects in the prestigious Illinois State Legislative School Plan Reviews and Inspections Task Force, Public Act 94-0225 due to his depth and length of experience in school planning and architecture. He has also served on the Illinois Capital Development Board Advisory Committee. His numerous other professional affiliations and publications have made him a resource for the State of Illinois, House of Representatives – House Education Committee, where he has served as an Expert Witness in Legislative Hearings on School Reforms. At the 2019 AIA Northeast Illinois Design Awards Gala, Dwain was presented with an award recognizing 40 years of service and efforts in support of the profession.

His interest in the profession led to the creation of the DLA Architects [THINK] about architecture Scholarship, awarded annually to students who successfully communicate how the architectural design of their school impacted their education. To date, the scholarship has offered over a quarter-million dollars in college scholarships to area high school students. When he was recently recognized with a 40-year milestone award from the AIA NEI, an architect who had just been honored with a design award at the same event thanked Dwain for the scholarship, because as a past recipient it had made an impact on his professional development.

Dwain’s passion for the profession of architecture and lifelong learning had a strong influence on the business. He has long advocated for professional development within the firm.

“It was back in the 1990s that we started a leadership transition plan; it was long-term and forward-thinking,” he said. “The foundation of our plan was to guide our team members in career development. By 2001 we began to grow and develop a team of new leaders. And in 2008, Dahlquist and Lutzow Architects began doing business as DLA Architects, Ltd. The name change commemorated 25 years of exceptional service to our clients, and it started a new journey into the next 25 years. We became more than just Dahlquist and Lutzow; The firm is now DLA Architects, Ltd..”

Having completed nearly 2,500 projects in his career, Dwain is looking forward to retiring in early January. He has always prioritized family and looks forward to more time with his wife Lydia, three children and six grandchildren. As Rear Commodore with the Chicago Yacht Club, Dwain will indulge in his passion for sailing and travel.

Guests enjoyed the photo booth at the event.

You May Also Like
Congratulations to the THINK [about architecture] Scholarship RecipientsWendy CovichJune 18, 2021June 18, 2021 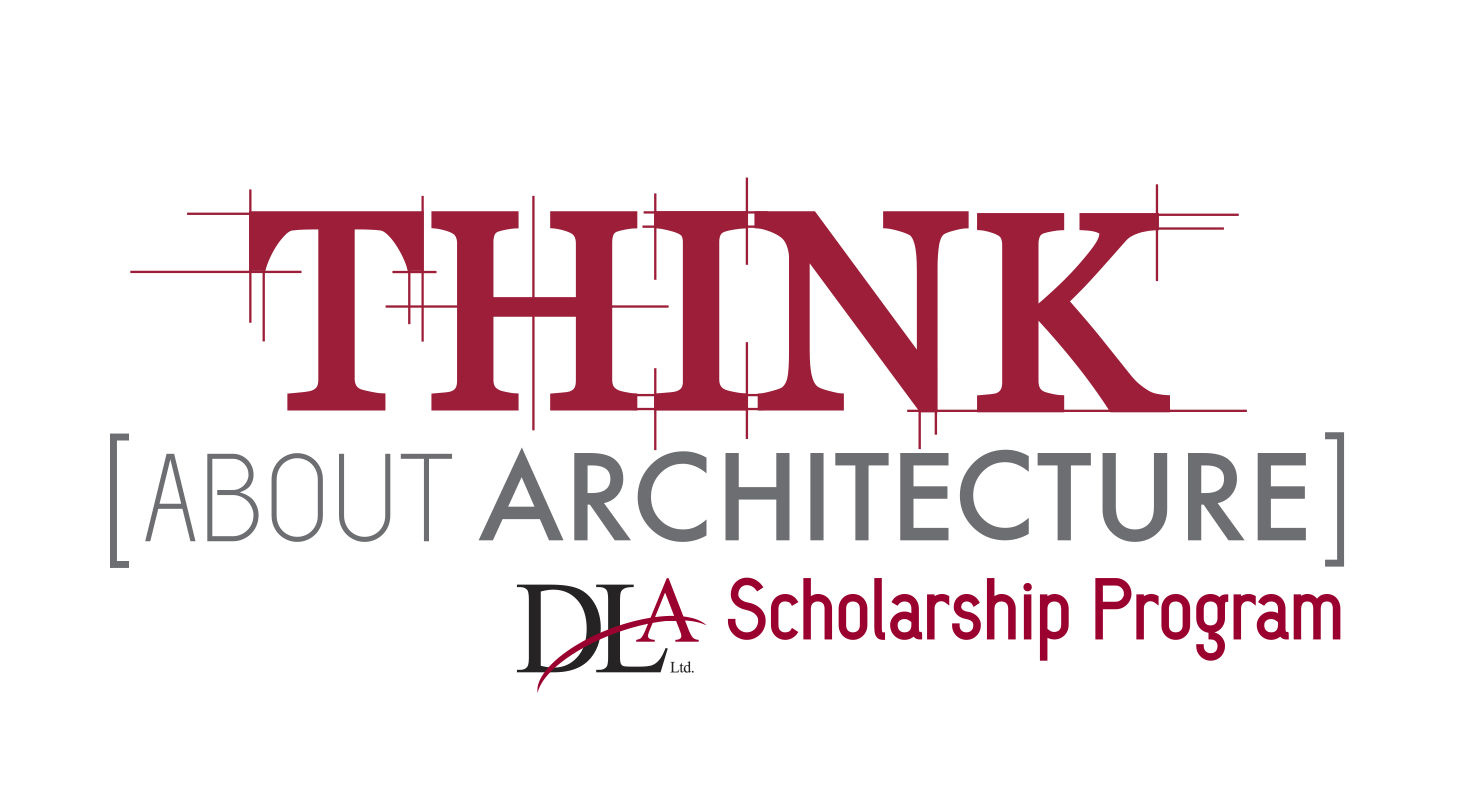 June 18, 2021June 18, 2021|BY Wendy CovichCongratulations to the THINK [about architecture] Scholarship Recipients

The firm has offered nearly $300,000 in scholarships since 1997. DLA Architects is pleased to announce this year’s winners…